In 1964 the Beatles made their first United States appearance on the Ed Sullivan television show. At that time I was 13 years old and like kids of that era, I had to have a guitar.


My Dad relented and bought me a late 1940’s era Harmony Patrician archtop acoustic guitar from a local pawn shop for $20.00. The salesman that sold it to Dad said, “Well you need a couple of things to go along with that guitar. You need a pitch pipe to tune it and you need an extra set of string, ‘cause that kid is going to break ‘em.” For an extra two bucks, I got a pitch pipe and a new set of Black Diamond guitar strings.


I had not thought much about those strings until last week when I turned on a local radio station that plays a variety of diverse music. That day they were playing Country music by some unfamiliar artists.
One song caught my ear since it was called Black Diamond Strings. by Larry Cordel. Another Black Diamond Strings was written by Guy Clark It was all about how much joy they brought to guitar players back in the day. 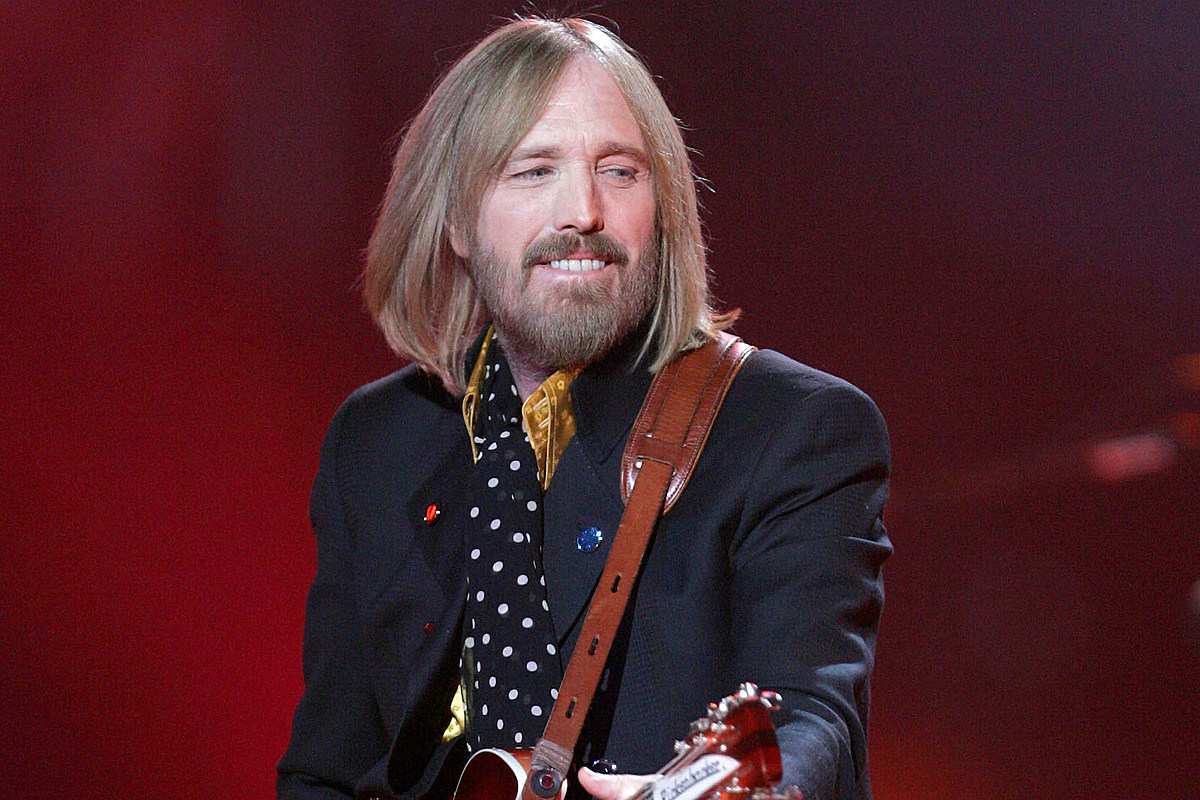 Tom Petty, the rock-and-roll star from Gainesville, once wrote a song called “Dreamland.” Here are the opening lines:

Goin’ down to Lillian’s music store

To buy a black diamond string

Gonna wind it up on my guitar

That’s pretty high cotton whoever you are

You break one you change one, that’s as good as it gets

You can play all year long on two or three sets 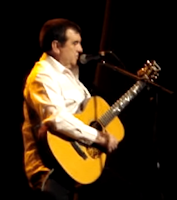 Before I left Faye Ellen to chase my hillbilly dream

All it took to make me happy was this old box and Black Diamond strings.

Three songs, in three genres, describe one thing that generations of American guitarists had in common: Black Diamond Strings.
The strings were cheap, they were durable and they were distributed throughout the country.
Hippie folk singers in California strummed Black Diamond strings. So did funky bass players in Detroit. And legendary bluesmen from Mississippi.

Which is odd, because I recall how difficult it was to play guitar with those thick heavy gauge old Black Diamond strings.

The strings on the neck on that old Harmony were probably a good half an inch above the neck at the 12th fret.

And when I put them on my first electric guitar, a late 1950’s Fender Stratocaster, the bridge saddle and block raised off the neck, which was great because the vibrato pulled up and down. But bending notes was another thing with those heavy strings. And talk about sore fingers and calluses!


I was not aware that both Gibson and Fender sold their brand of strings until a few years later. And it would be another ten years or so before Ernie Ball started putting string sets together with light and ultra-light gauge strings.

As we were kids, we had no idea that professional players were discarding the sixth string and replacing the first string with a .009 banjo string and then using the remaining five strings.

After hearing that song I was very curious about Black Diamond Strings and there origin. I learned that the company that made them got started in 1897 when a merger occurred between three different companies; the Rice Musical String Company of New York, which was owned by Thomas Nelson Jr which made Bell Brand strings and the Standard Musical String Company of Connecticut.

The Standard Musical String company was owned by a Mr. Alexander Paul, who had already been making his own brand called Black Diamond strings. The last partner was a Mr. George Dow Emerson, who owned yet another a string factory in New Jersey. These men got together to form the National Musical String Company

The first step was the purchase of a factory building in Brunswick, New Jersey on Georges Road and the cities boundary. This structure was designed by a Mr. Ben C. DeKamp in 1897 specifically for this company. In fact it still stands in that same place to this day. The following year, 1898, the business started up.


Interestingly enough advertisements for employment went out looking for mostly women employees. By 1899 the partners purchased another manufacturer called the American String Company.

It was in 1917 the last remaining partner, George Dow Emerson sold his shares to a Mr. William R. McClelland. Fifteen years later McClelland died unexpectedly of a heart attack.

This was in 1932 and the National Musical String Company was then bought by C. Bruno and Son Incorporated and James and Frank Gibson, who owned the Gibson String Company (which was not associated with Gibson Guitars). 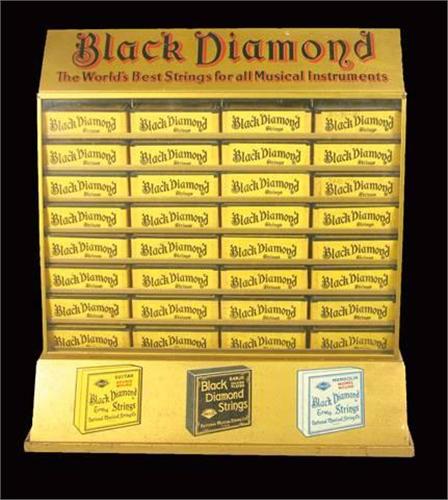 Let me pause here because the history of C. Bruno or Charles Bruno is very interesting. Way back in 1837 Bruno was a bookseller. The following year he entered into a partnership with Christian Martin (yes THAT Christian Martin). Martin would manufacture guitars and Bruno would sell them.


The partnership only lasted a year and both men went their separate ways, with Martin building guitars and Bruno selling musical instrument as a wholesaler.

In 1851 Charles Bruno established another partnership with a man named Cargill that lasted for two years after which Burno brought his son, Charles Junior into the business. The company sold not just guitars and banjos, but all sorts of band and orchestral instruments, accordions, drums, harmonicas, music boxes and children's toy musical instruments. They became one of the largest music wholesalers and importers in the United States.

Bruno and Son was eventually purchased in 1970 by the Kaman Music Corporation (Ovation Guitars) and renamed the Kaman Musical String Company. The business was moved from New Jersey to Kaman’s headquarters and factory in Bloomfield, Connecticut.

However in 1982 the original National Musical String Company building in Brunswick, New Jersey was declared a historic landmark, as it was one of the oldest standing buildings in the state and it was placed on the list of national landmarks. Since then it was renovated for commercial space on the first floor. The upper floors house 38 residential apartments.


As I recall Black Diamond strings were sold in a black cardboard container with six individual reddish packs, each containing a string. The gauge of the string was not listed on the box or the pack, but instead it said B or 2nd Steel or E or 1st Steel. All I can say is they were heavy strings. 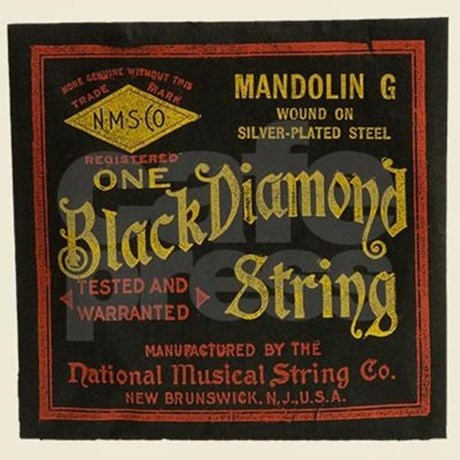 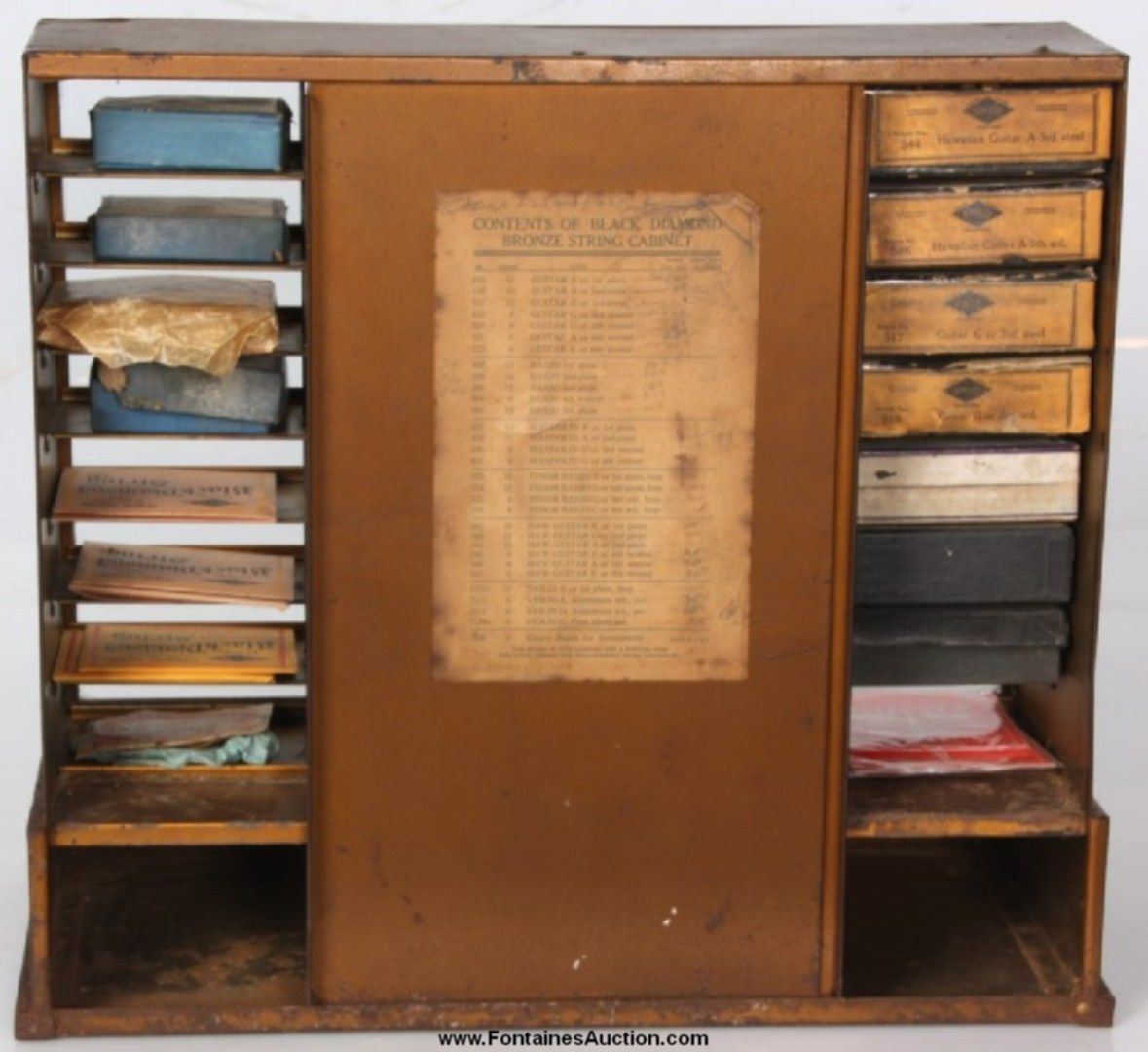 The National Musical String company made strings for guitars, Hawaiian guitars, banjos, mandolins and other instruments. I have also come across Black Diamond electric guitar strings that were made in later years.


Back in the mid 1960’s most players that I knew did not purchase a new complete set of strings. More often than not if a string broke or sounded dead, we went to the music store and bought an individual string and those stores all stocked individual Black Diamond strings.


I was not certain if Black Diamond strings were still available and being curious I learned that in 1930 Ed Wackerle of Chicago, started a company to manufacture strings for bowed instruments. He was upset with the quality of strings being offered at the time. To achieve quality he put together an endorser panel; a group of players that would test the strings and suggest improvements. He came up with stainless steel strings and marketed them under the Red Label brand. 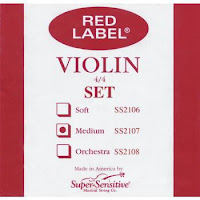 Then in 1967 John and Vincent Cavanaugh purchased the company and continued to manufacture Red Label strings. They moved the business to Sarasota, Florida

By 1972 a research and development department was set up to further enhance the strings quality. Out of this came the Old Fiddler Line of strings for Country, Western and Bluegrass players.

Improvements were made on cello and bass strings with the Supreme Line. The business was renamed the Super-Sensitive Musical String Company. In 1997 the grandson of the company’s founder took over the reigns and introduced computerized manufacturing.

A special thanks to Chris of the Mudcat Cafe for some very interesting information on the history of the National Musical String Company. ©UniqueGuitar Publishing.

“After conducting an extensive search to find the right company to take over Black Diamond Strings and it's customers, we certainly feel we have found that with Greg Sfarzo,” said Jim Cavanaugh of Super Sensitive Musical String Company.

In May of 2013, The acquisition of the Daquisto String Company out of Long Island, New York is completed by Greg Sfarzo, Sfarzo Guitar String Company LLC. The Sfarzo family owned and operated many music instrument retail stores from 1957 through the mid 1990's.

In 2018,  Greg Sfarzo acquires his second string manufacturing company, the Black Diamond String Company from the Cavanagh's Florida based location and moves it to Santa Rosa, California just 60 miles north of San Francisco. Under one large roof, resides one large factory comprised of both acquisitions.

About the Sfarzo family and their history in music

Nicola Sfarzo - Naples, Italy 1903. When Nicola was a child, his family moved from Napoli to Isola di San Pietro in the town of Carloforte, Sardinia, Italy where Nicola’s father was commander of the city prison until he decided to depart for America. At the age of 15, Nicola became a merchant marine and sailed on the ship “ANNA” to America with his mandolin and guitar. 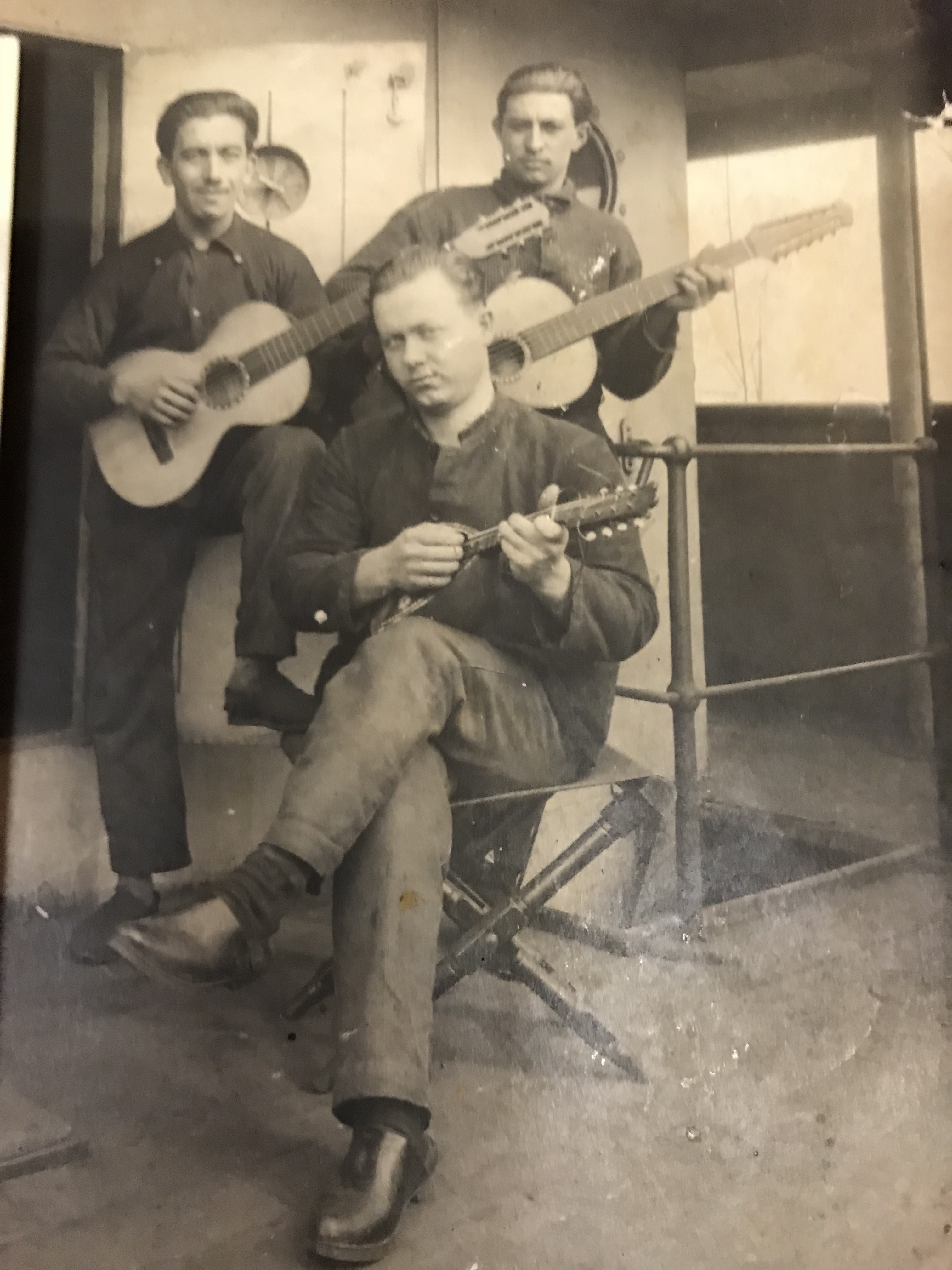 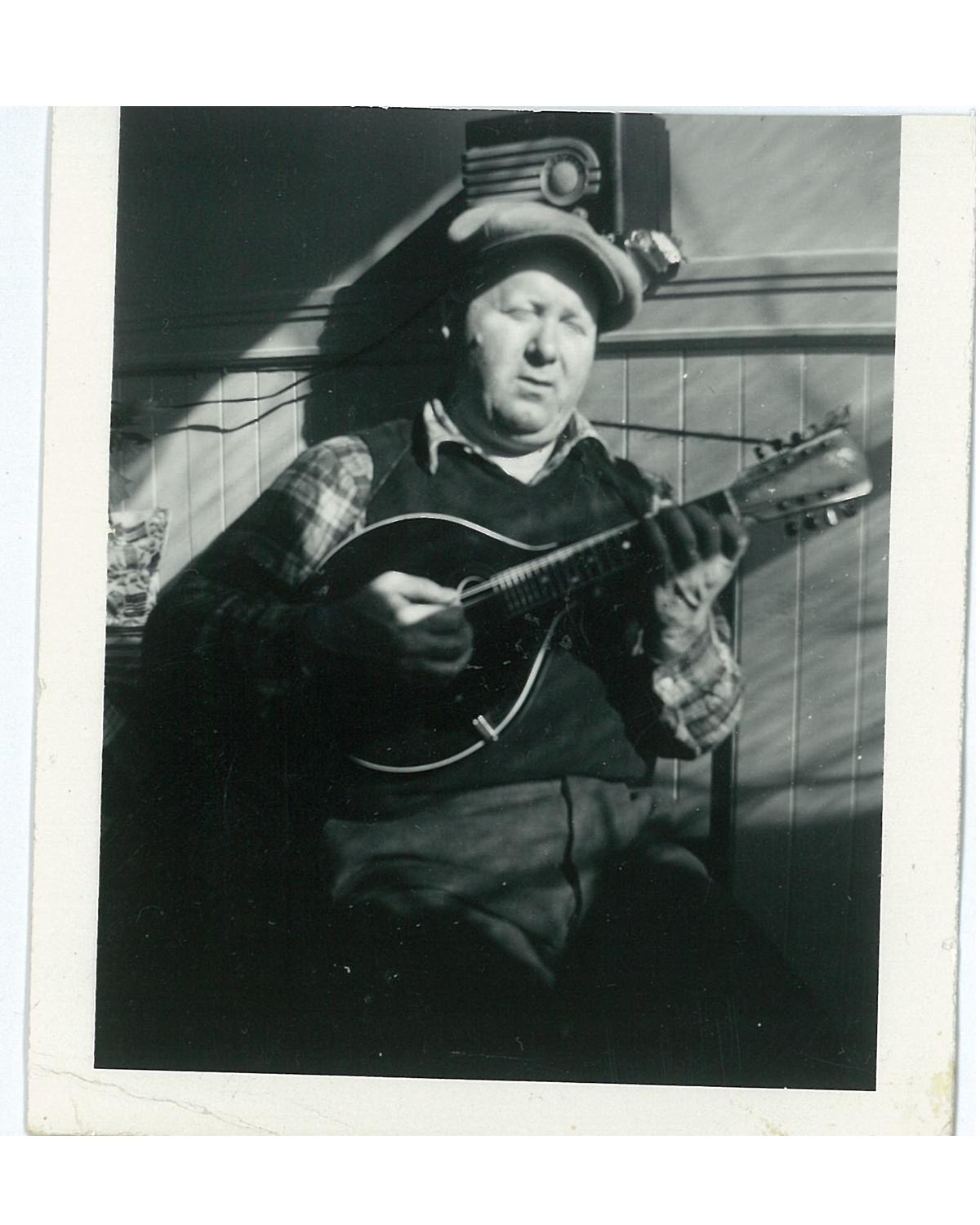 Angelo Sfarzo, Nicola's son, was born in the early thirties in the North Beach Italian neighborhood of San Francisco. He started playing accordion at an early age of six, then graduated into the piano and organ becoming one of San Francisco’s most well known accordionists. In the early 1950’s,  Angelo founded Angelo’s House of Music of San Francisco selling and teaching accordion.  Later selling piano and organs, becoming one of the largest organ dealers for the Thomas Organ Company. Angelo had two younger twin brothers, Don and Ron. 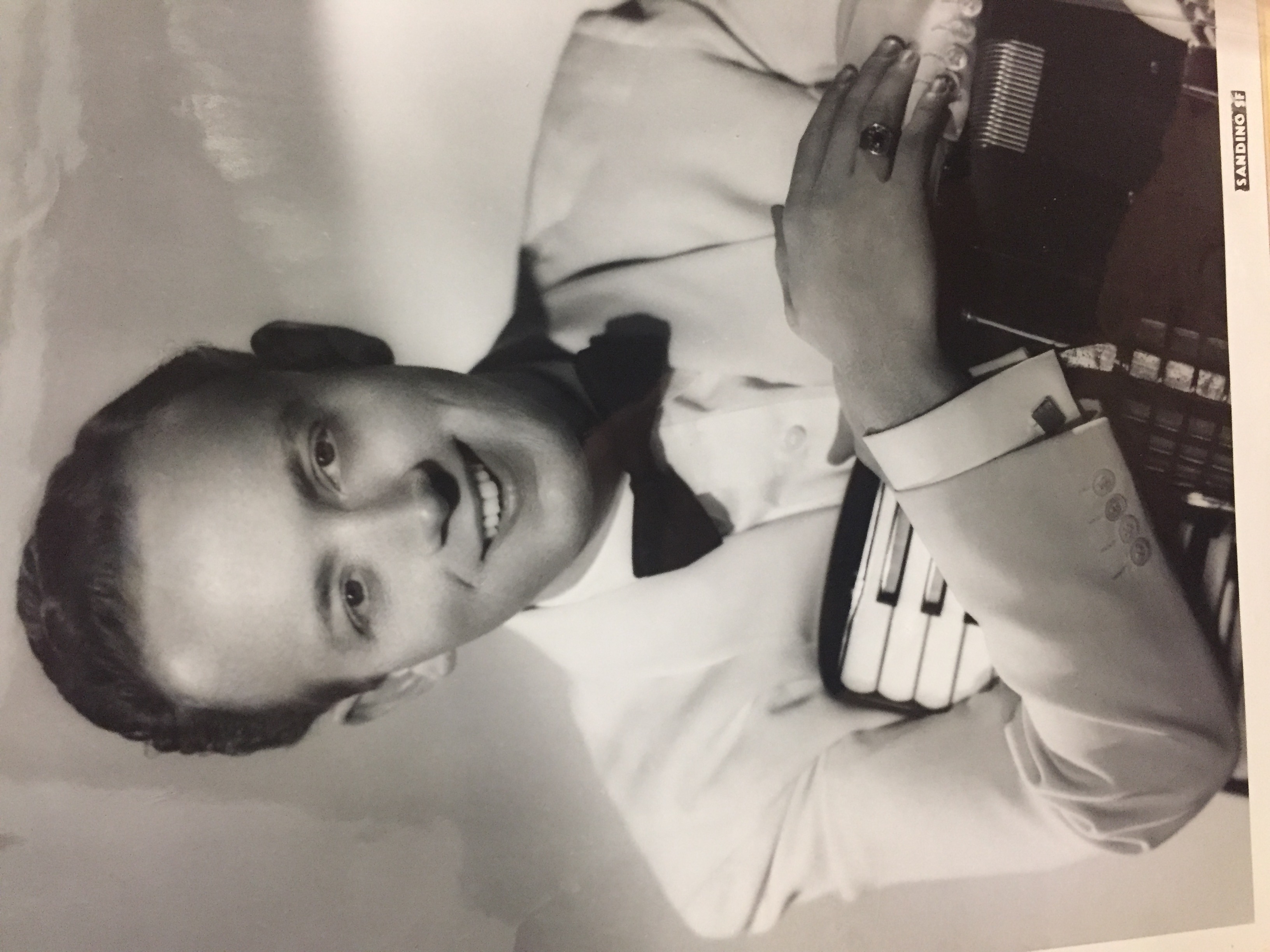 Ron Sfarzo started playing accordion at the age of six, becoming an accomplished arranger-composer and multi-keyboardist.  Ron was a concert artist and sales managers for the Baldwin, Lowery and Wurlitzer Piano and Organ Companies. Ron was also a member of the National Piano Manufacturers Association and the National Association of Music Merchants. Ron formed the Nicola Brand String Company in memory of his father, Nicola Sfarzo in 2017.

Don Sfarzo was Ron’s fraternal twin brother. In 1979, Don founded DRUM WORLD in San Francisco.  It was one of the most famous retail drum stores in the United States. Most big name drummers performing or visiting San Francisco would always drop by.