ALLOY5109 - Responsive and sweet. Using a newly developed alloy for electric guitar use, these strings have greater than ever magnetic properties thereby increasing their tone, sustain, and projection. Also, the proportion of winding to core size has been increased which ups the string vibration without lowering the output. Each set undergoes excellent quality control, so you can be assured of string reliability and consistency each time you purchase a set of Alloy 5109 strings.

NORWEGIAN COMPANY EDMIRE, WITH INNOVATIONS IN GUITAR PICKUPS FOR MORE THAN A DECADE, TALKS ABOUT ALLOY5109 GUITAR STRINGS.

"Alloy5109 strings are voiced for pronounced midrange, singing harmonics, and rich timbre. Giving excellent string separation where even complex chords cut through the mix. Still... low-end has definition and trebles have a sweetness that balances the prominent midrange tones. Even dynamic playing from the most careful touch to the most powerful riffs show the spectre with Alloy5109."

(No reviews yet) Write a Review 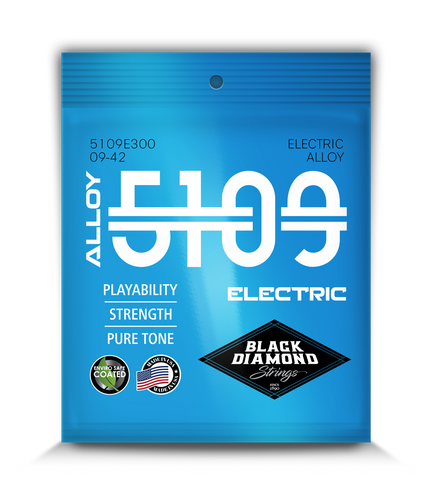 Type a description for this product here...